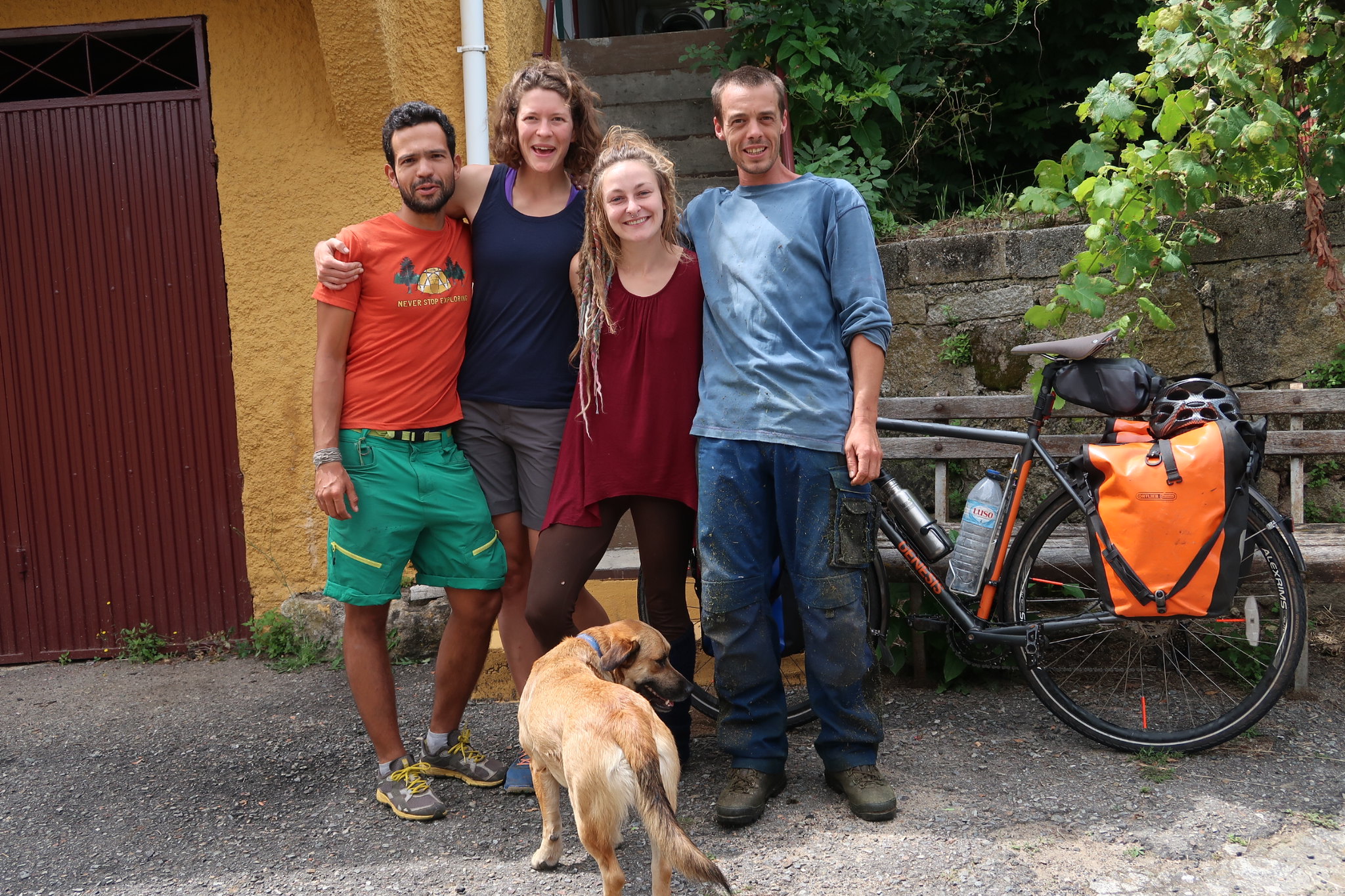 We first met Scott in the darkness at Praia do Norte, Nazaré, as we were scoping out a place to camp. Not the easiest thing to do after the sun has set. He pointed us in a good direction and off we went.

In the morning, as we slowly carried our lives from the sand back to the path, Scott and his friend Sophie invited us to their van for a much appreciated coffee. (Turns out you don’t get such a good night’s rest if you sleep on the beach when the moon is so bright that you see your own shadow.)

A chat and a coffee turned into an invitation to stay the night at the farm where Scott lived, up near Viseu. We cycled off happy in the knowledge that we might have a shower and a place to stay with some friendly faces in five or so days time.

Fast forward to Saturday, we would be in the vicinity of Viseu on Sunday night and by chance the farm was pretty much on the route we had scribbled over our map. A plan was made.

After singing happy birthday to an over excited four-year old, the sky opened and the forecast heavy rain began. We turned off from the Ecopista do Dão and headed in the direction of the farm.

A few kilometres away, we stopped, Pedro wondering what small creature was coming towards us in the road. It turned out to be a very cold and soggy looking kitten. Following the meows, we found two more in the long grass at the side of the road.

Could we take them with us? We couldn’t just leave them here. They were huddled round our shoes, clearly trying to scavenge some warmth from our not very warm feet. Maybe Scott would like some kittens? Alas, a text confirmed they had feline issues of their own – we decided the best we could do was to leave them some food and try and get them to hide from the ongoing rain.

A crumbled bread roll, a few cuddles and some fern-shelter building later, we bundled the soggy kittens inside and wished them well. Hoping that they would at least survive the night or even better that someone would drive past, see them and take them home.

Dragging ourselves away, we slid the remaining few kilometres down the hill and into the valley to the farm, just as the rain increased in intensity again.

We bundled the bikes into the garage and ourselves into the house, retrieving the red wine from Pedro’s bottle cage as we went. Inside we met Josie, a friend of Scott’s, escaping from too many volunteers at her own Quinta.

Dinner was already on the stove and, despite not having mentioned my sometimes pesky dietary requirements beforehand, it was all going to be edible. A good sign already.

Showers, dinner, wine and good company led to deep sleeps. With the rain forecast to continue we stayed a second night, using the day off to plan our next steps and to do some bike mechanicing. My rear wheel had got a bit of a wobble on, so some wheel surgery and bearing cleaning was in order.

The Quinta was nestled in a beautiful lush green valley, surrounded by oak trees. Scott managed the land (excellently) in exchange for a place to stay, growing organic fruit and veg and trying his hand at homemade wine. Last years produce was stored in the freezer and in jars as tomato sauce.

After a suitably vegetable filled dinner – inspired by a jar of marmite, late night pre-bed crumpet making ensued. Something that can probably only happen when you have three British people in a room.

Feeling right at home, and with the offer of staying longer and house-sitting, leaving was hard – but the road called. After a breakfast topped with delicious raspberries from the garden, we waved goodbye and pushed the bikes back up the super steep hill we’d come down a couple of days before. 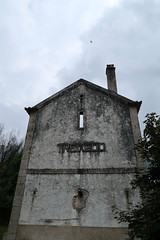 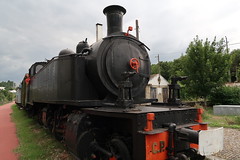 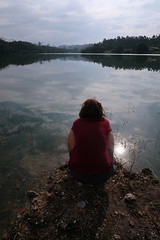 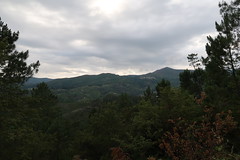 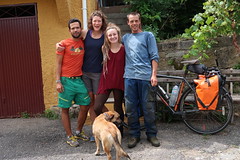 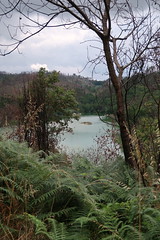 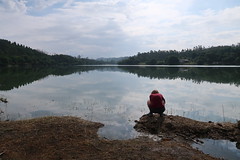 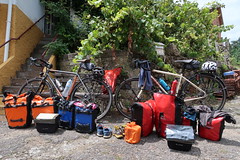 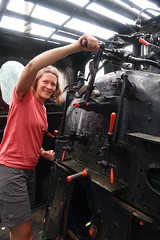 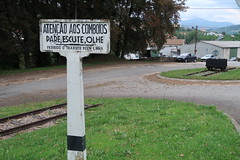 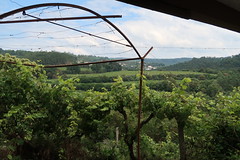 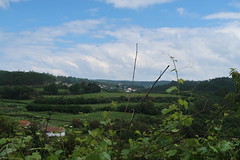 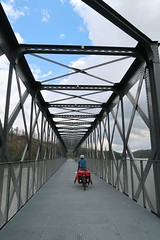 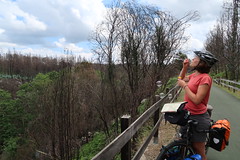 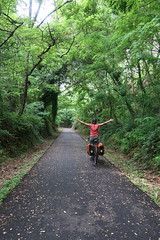 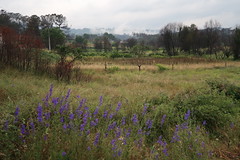 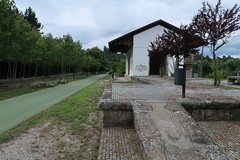 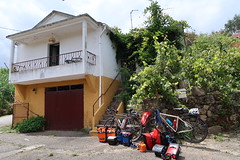 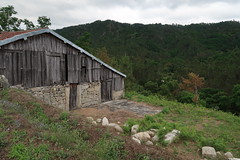 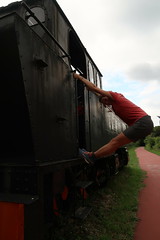 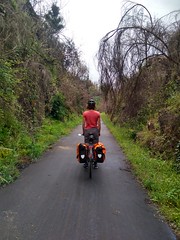 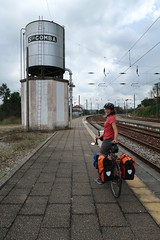 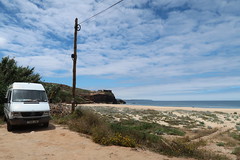 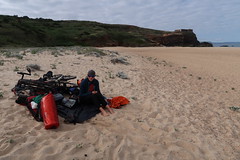 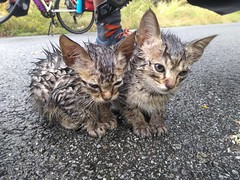 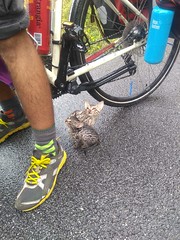 3 thoughts on “Scott and Josie”