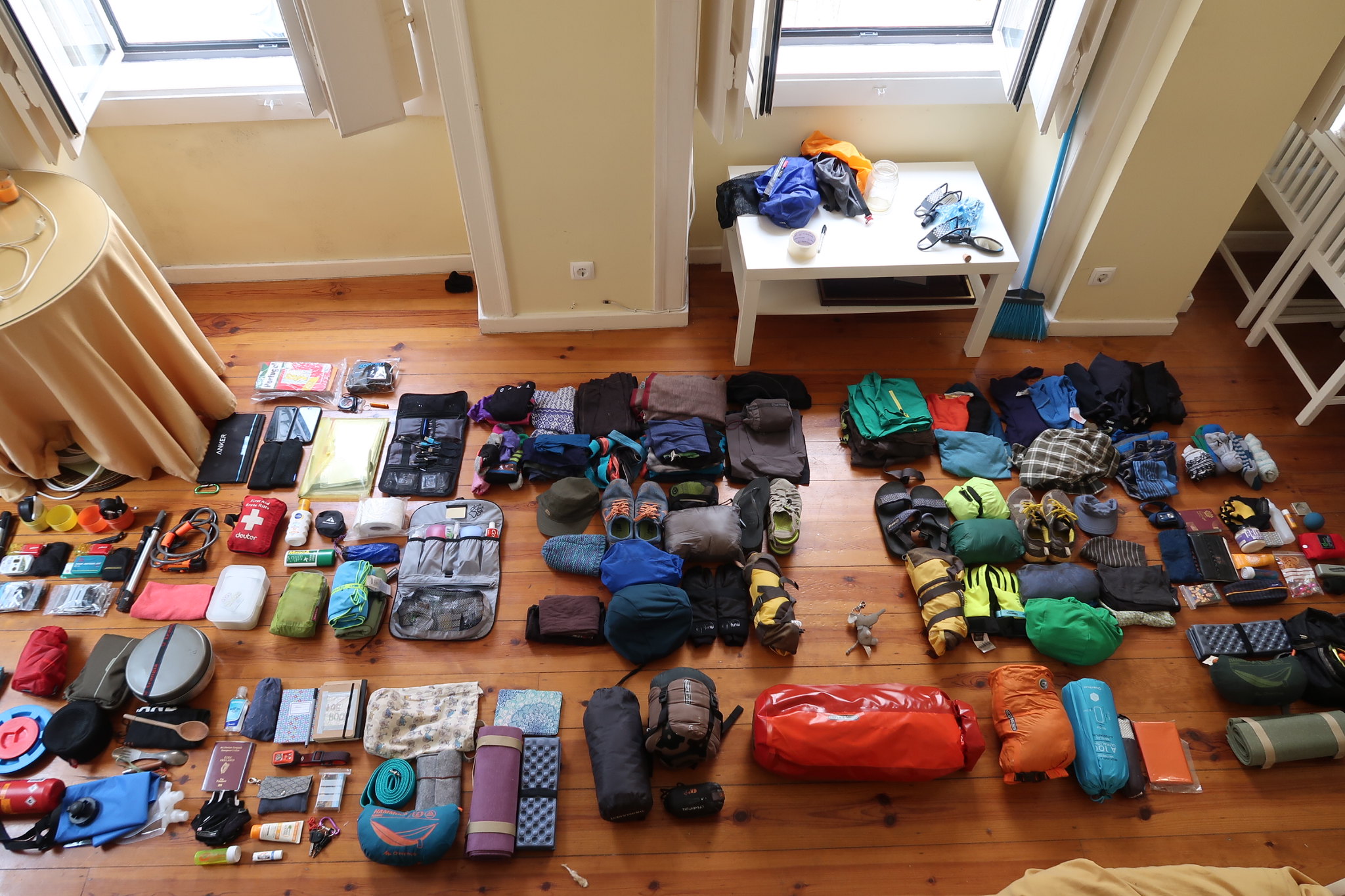 As the rest of the house was packed away into boxes, smaller (yet continually growing) piles of “things to take” were populating bulging Ikea bags in various corners of the flat. After the bike mechanic-ing was complete, attempts were made to organise, reduce and finalise our new minimalist set of belongings…

Numbers of t-shirts and socks were culled, deodorant and shampoo deemed unnecessary and a toothbrush cut in half (to make it fit in the wash bag rather than to save on weight).

Laying out the remaining carefully selected items on the floor was an alarming sight to see… how were we going to fit all of that in our pannier bags?!

To be fair, between us we had a fair few unconventional items: Pedro had a make shift slackline and his climbing shoes – just in case he found some nice rock to clamber up; and me a knitting project, sketch book and mini set of paint… along with both a yoga mat and a hammock each. There was clearly room for further rationalisation.

Out with one of the hammocks and one of the yoga mats, gone were the shoes. The knitting and slackline have an uncertain future, but both very close to being relegated to a box.

The flat emptying, mudguard wrestling and packing deliberations all took longer than expected. Departure day moved from Monday to Wednesday, and then from Wednesday to Friday… but it’s not like we had a plane to catch, so why make unnecessary stress?
In addition to lowering our blood pressure, leaving later had other advantages: Pedro’s parents will return from holiday just before we go and two good friends of mine have just arrived in Lisbon. We’ll get a chance for more goodbye hugs after all. 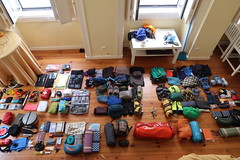 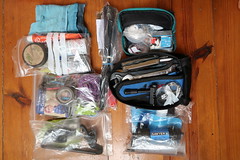 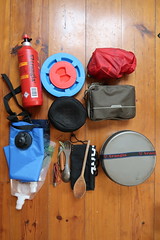 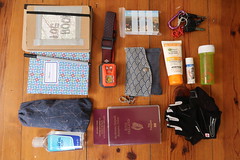 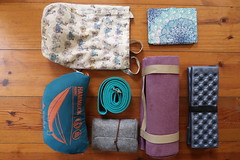 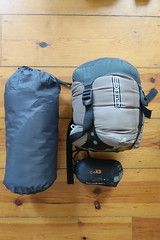 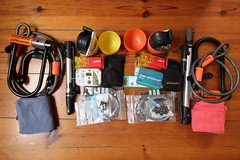 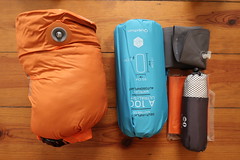 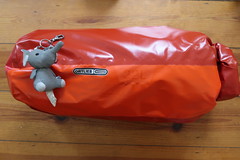 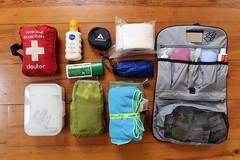 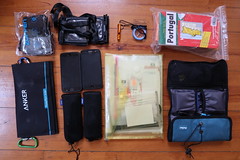 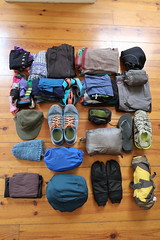 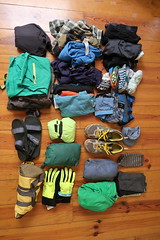 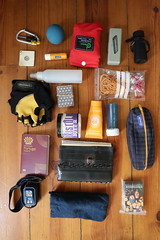 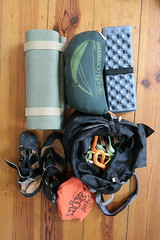